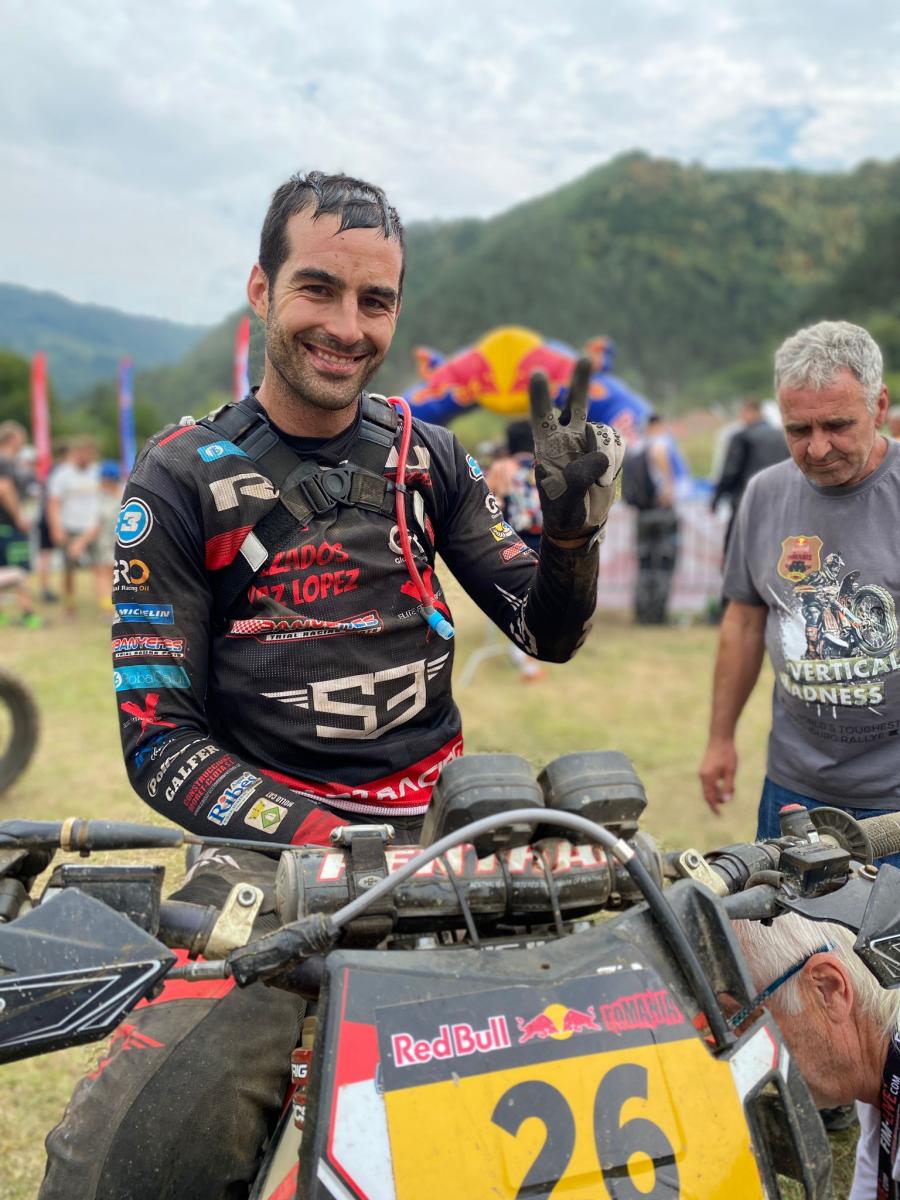 Great debut for Rieju in Red Bull Romaniacs with all its riders finishing the mythical event. The fifth round of the FIM Hard Enduro World Championship was held in Sibiu, Romania, with the legendary Red Bull Romaniacs. Five days of hard racing, starting with the explosive prologue on a street circuit with challenging indoor obstacles, followed by a huge crowd of spectators. Then came the most complex part of the event, with four intense days of off-road racing through the Carpathian Mountains on spectacular trails, some of them very technical and climbing to over 2,000 metres above sea level; on this occasion the terrain was very dry and dusty. Defending the colours of the Rieju Team were riders Francesc Moret, British rider Adam Extance and Isaac Melián, all of them at the controls of the Rieju MR PRO 300.

Francesc Moret, competing in the main Gold class, was making his debut in a race where experience is important to achieve a good result. Even so, without making any major mistakes and overcoming all the obstacles encountered during these tough days, which were not few, he remained in the group of the top 17 to finish the race in 15th scratch position. A positive and remarkable result, considering the complexity of this race. With this result, Moret is 13th in the provisional general classification.

His team mates, who in this case competed in the Silver class, also managed to finish. Isaac Melián finished 64th, while British rider Adam Extance finished 71st, which shows the skill of the riders and the reliability of the bikes.

Francesc Moret:
“The race has been positive, we arrived in Romania with the objective of finishing the five hard days of competition and we have achieved it. It's a race of several days and you have to avoid major mistakes, where the days are very long, riding between 7 and more than 9 hours depending on the stage, many km in the mountains, with many slopes; there are times when you are totally alone, so if you have problems you have to help the other riders. In addition, you don't sleep much, because at the end of the day, you have to prepare everything for the next day, as you leave very early in the morning, so the race is very intense.

The weather was good because it is an area where rain is normal, finding it quite dry, which made it a little more bearable within the difficulty of this race.

In the prologue I qualified, then we did a short 10-minute race, where I finished ninth, beating some of the leading riders, which helped me to get a good position the following day. The second day was a GPS navigation test, where I made a mistake and lost a few minutes. During the week I moved between 15th and 17th position, a positive result.

I am happy with my participation and with the team for the help received and the work done during these days. Now it's time to rest and prepare, as in a fortnight's time we leave to compete in the next World Championship race in the United States".

The sixth round of the World Championship will be held in the United States on 13 and 14 August with the Red Bull TKO.