If you are a media professional and are interested in receiving our press releases or news of special interest by email, sign up for our bulletin.

After the third day of demanding races at the Six Days Of Enduro in France (ISDE), the Rieju Racing Team riders are battling in ninth place in the overall Club Team Award standings. Mireia Badia is 4th in the individual Women's World Trophy 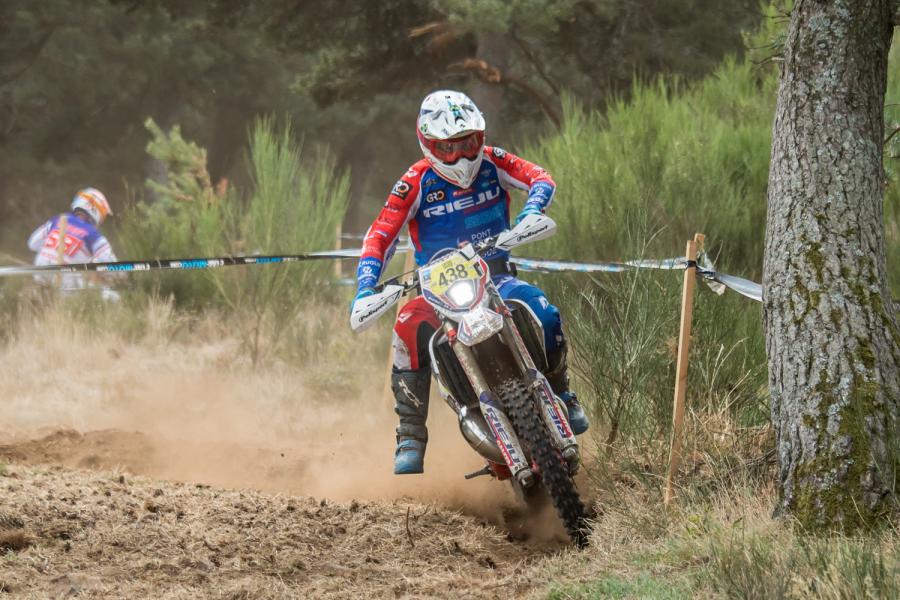 The Six International Enduro Days in France are proving to be more demanding than expected, despite finding an almost dry and quite dusty terrain, especially on the first two days, on Tuesday the rain made an appearance in the last kilometers of the race. With very long special stages and a quite tough course, the Rieju riders followed their own race, withstanding well the hardness of it, both on the part of the riders and the motorcycles.

The Rieju Racing Team with Pau Tomás, Víctor Guerrero and Jan Olivera, despite being in the Club Team Award category with riders of very different levels and starting from the back, overtaking slower riders in each special, are carrying out a great endurance performance that is growing every day. The three riders are holding firm and are ranked in a good ninth position in their class, in the individual classification Guerrero is 6th in C3, Olivera 10th in C3 and Tomas 12th in C2 after the third day of competition.

Mireia Badia, who competes with the Rieju MR Six Days, but under the structure of the RFME, is doing a great individual performance, placed among the top four in the provisional Women's classification, even finishing third on the second day.

Belgian team rider Tim Louis remains 39th in scratch and 13th in E3. Other teams at the controls of Rieju MRs such as Motorsport South Africa remain in the race ranked 88th, while the Italians of MC Astico are in 126th place.

The brand's assistance service remains focused on following the progress of its customers, always making sure that they are not missing anything in these FIM ISDE 2022.